Nothing Ordinary about Ordinary Time 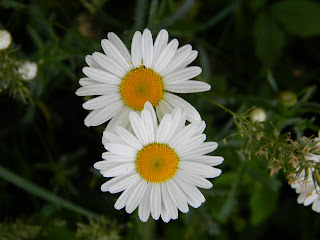 A few weeks back I said how sorry I always was to see the Easter season come to an end. It's nice that the Church lets us down gently be giving us some glorious solemnities--Most Holy Trinity, Nativity of St. John the Baptist, Corpus Christi, and (this Wednesday) St. Peter and  Paul.

Years ago, when I used a one-volume breviary, (and had no yearly guide pamphlet from the publisher) I found it difficult to figure out where I belonged in the psalter the first few weeks after Pentecost. It was always Sunday week I for the Office of Trinity Sunday and Corpus Christi, but then what happened on Monday? Since these are movable feasts linked to the Easter season, my breviary had no specific instruction about where to pick up in the psalter for those ordinary weekdays.

If you just master this formula, you can function without the yearly guide to the liturgy. The weeks of advent, lent, and Easter also follow this formula for determing where you are in the psalter and proper of seasons.

Today is Monday of the 13th week in ordinary time. 13 is one more than 12, so we are in week I of the psalter. Plus a final prayer from St. Cyril in the proper of saints.

Even in ordinary time, the Divine Office is far from ordinary. This morning the Office of Readings, which I read off my Kindle while still lying in bed, brought me suddenly wide awake with the gruesome account of the death of Saul.  This was followed by a gentler piece of apologetics from St. Cyril of Alexandria defending Mary's title of "Mother of God".  His main source of authority is "our father Athanasius, of glorious memory". This gave me a chuckle at my ignorance. I tend to imagine the Fathers bunched together at more or less the same time in history. This reminds me that the era of the Fathers spanned several centuries, so of course some of them were Fathers to the Fathers.

Daytime prayer for midafternoon (my preferred time to get around to it) will remind us that our life is a sojourn in a strange land. (1 Peter 1: 17b) Nothing ordinary about being a lifelong exile, although we tend to forget that this is our state. Chesterton said something about us being exiled kings who have forgotten who we are, and grace is when we remember that we have forgotten. Or something like that--I'm going on a very faulty memory here!

Evening prayer on this ordinary day reminds us that God chose us in his Son to be His adopted children, and that by the might of His glory we will be endowed with the strength needed to stand fast, even to endure joufully whatever may come. Nothing ordinary about that either.

The liturgy, even on our most routine days, reminds us that life is never ordinary, and that, as C.S. Lewis said, there are no "mere mortals."  The everyday, the dull, the normal, the average in our lives is a path to  an extra-ordinary destiny.

Email ThisBlogThis!Share to TwitterShare to FacebookShare to Pinterest
Labels: all, popular posts, Thoughts on the Psalms