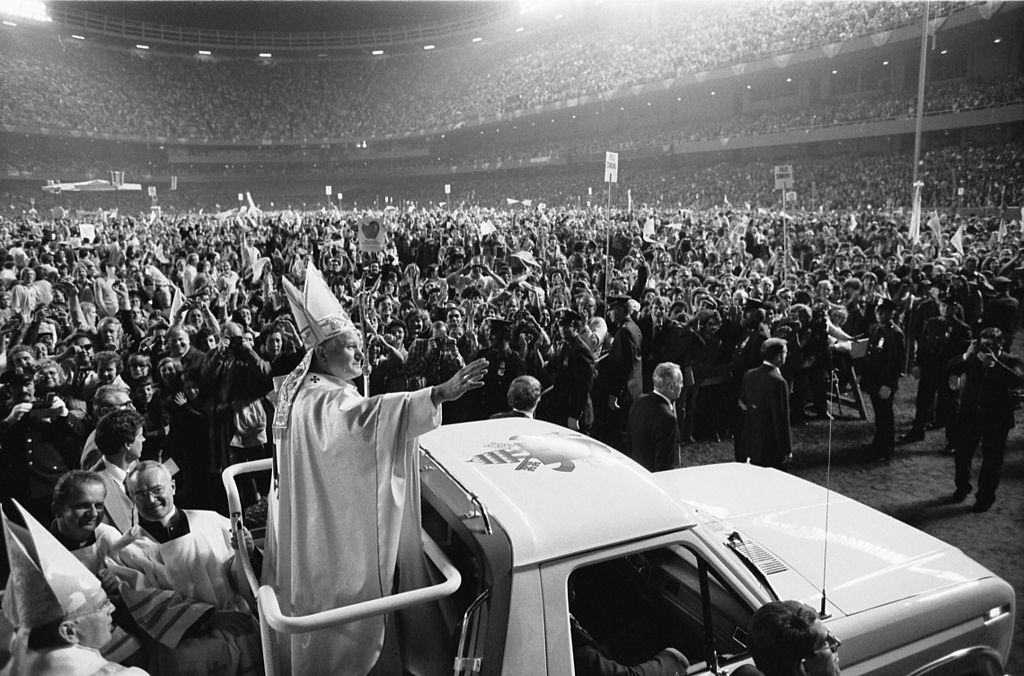 Use DivineOffice.org or ibreaviary.com for the Office of Readings' second reading, which is an excerpt of the saint's homily at the inauguration of his pontificate. Great stuff.

If you are very fond of St. John Paul, then you may wish to use texts from the Common of Pastors: for a Pope in your breviary, rather than the weekday texts.  That is what I will be doing.

I chose this picture because I am (maybe) in it, somewhere in the second tier at Yankee stadium on that amazing October evening in 1979. What an unforgettable experience. It was almost (not quite) anti-climatic when, after the popemobile departed the stadium, my boyfriend turned to me and proposed.  Bill knew what he was doing. After spending three hours in the presence of a saint and pope who continually urged us to say Yes! to life and to love, what else could I do but accept?
Posted by Daria Sockey at 8:33 AM