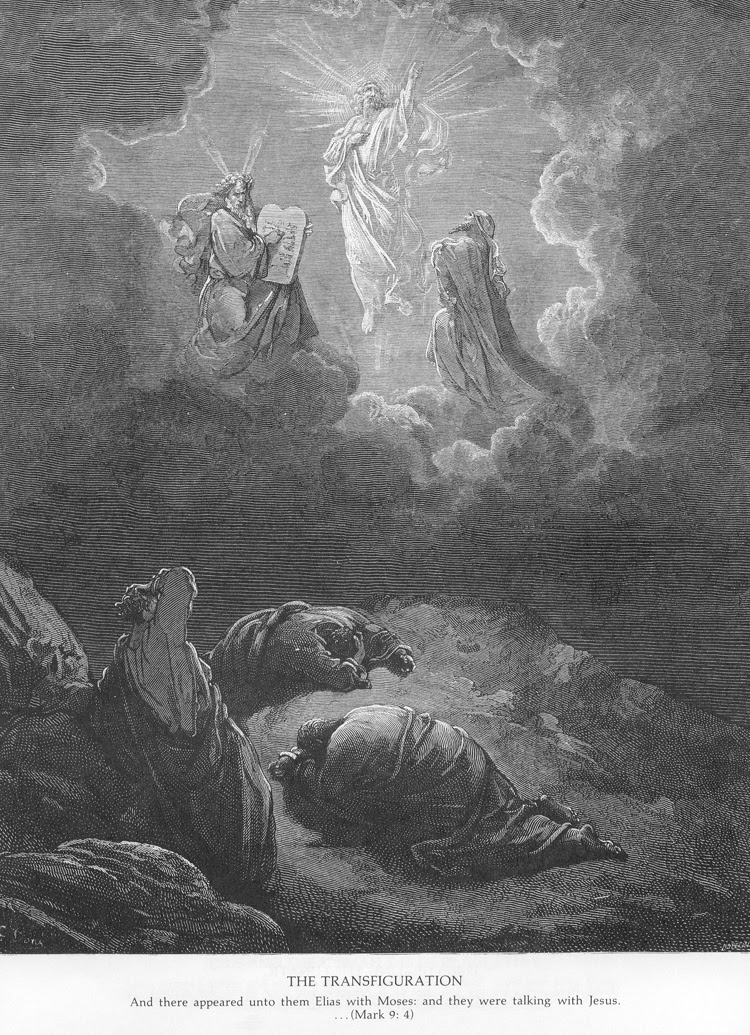 The Church commemorates the Transfiguration of Jesus twice a year: the second Sunday of Lent  and August 6th. One might ask why.

The lenten memorial makes sense in terms of  timeline. This feast was another "ephiphany", a showing forth or revealing of Christ's identity as God and savior to others (which is also why it's numbered among the luminous mysteries of the rosary, which you should use this weekend.) Since Jesus references his resurrection from the dead as he warns the three disciples to tell no one what they have seen, it has bearing on the upcoming events of Holy week and Easter. The tradition of the Church is that Jesus permitted Peter, James and John to see his glory in order to strengthen their faith against the dark days ahead. St. Leo talks about this in the Office of Readings:
The great reason for this transfiguration was to remove the scandal of the cross from the hearts of his disciples, and to prevent the humiliation of his voluntary sufferings from disturbing the faith of those who had witnessed the surpassing glory that lay concealed.
Clearly it did strengthen the faith of St. John, who after his initial flight of fear in Gethsemane came back to follow the way of the cross, and Peter, who profoundly repented his cowardice almost immediately and later would "strengthen the faith of his brothers".  James would become  the first apostle to be martyred.

So why do we also celebrate the Transfiguration on August 6th? Several reasons. The Church of the Transfiguration, built on Mt. Tabor where the gospel event took place, was originally dedicated on August 6th.  This became the solemn feast of the Transfiguration in the eastern Church between the fourth and fifth centuries. The Latin Church adopted it somewhat later. To this day, the Transfiguration is a more solemn feast in the orthodox and eastern rite Catholic churches, preceded with a fast and celebrated with an octave.
One good reason for having a separate feast outside of lent is to give this event a liturgy that can celebrate Jesus' transfigure glory with more joy and festivity than would be appropriate during lent. You may wish to get out your breviary and compare tomorrow liturgy with that of August 6th. You'll see the difference, even apart from the Alleluias.  For one thing, there is a special New Testament Canticle on August 6th that is only used one other time in the whole year, and that is the Epiphany.
So for now, we celebrate this event in a subdued way, then return to our somber lent on Monday. It is fitting that the last antiphon of Evening Prayer on Sunday is Jesus' warning, Tell no one about the vision you have seen until the Son of Man has risen from the dead.  There are other things to be done before your joy may be full, my children. A bitter chalice must first be drained. Joy must wait. The glory is to be revealed, in you and in Me, at a later time.

O God, who have commanded us to listen to your beloved Son, be pleased, we pray, to nourish us inwardly by your word, that, with spiritual sight made pure, we may rejoice to behold your glory.
-concluding prayer, 2nd Sunday of Lent (new translation)