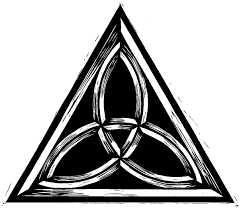 "Doxology" comes from Greek words meaning "speaking praise". In Christian devotion and liturgy, a doxology is a short and profound verse of praise, often used as a conclusion of a longer prayer. Some examples are "Through Him, With Him, and In Him..." at the conclusion of the Eucharistic prayer; "For the kingdom, the power, and the glory are Yours" after the Our Father; and, most familiar of all, the Trinitarian doxology with which we conclude every decade of the rosary and every psalm and canticle during the Liturgy of the Hours.

What's that you say?
You think there's a different doxology used in the Liturgy of the Hours that is not the same one used for the rosary?

Not really. It's a translation thing. Same  prayer, two translations.
The version you use for the rosary, with novenas, and other devotions is the traditional translation: Glory Be to the Father, and to the Son and to the Holy Spirit/As it was in the beginning, is now, and ever shall be, world without end.

The version in our breviaries: Glory to the Father and to the Son and to the Holy Spirit/As it was in the beginning, is now, and will be forever
... is the 1970 translation courtesy of ICEL, the same organization that gave us our missal in 1970. (the same missal that had to be re-translated after Rome determined that it was not sufficiently faithful to the Latin of the Roman Missal)

So if you prefer the traditonal Glory Be when you are privately praying your office, go right ahead. Many priests that I know do exactly that. However, it's probably best not to let your personal tastes prevail when you pray with a group. You don't want to confuse newcomers, or give the impression that you are trying to drown out the current translation with the traditional one in some kind of liturgical shouting match. Unity is the ideal for liturgical prayer.

Right now our bishops are working on a new edition of the American breviary. It is  quite possible that they will go back to the traditional doxology. It is also possible that they will come up with a version that is different from either the current one OR the traditional one. I say this because that phrase "world without end" is not necessarily the  most accurate translation of the Latin et in saecula saeculorum.  Other languages have translated this as something more like  "ages upon ages" or "forever and ever".

So we shall see what happens.