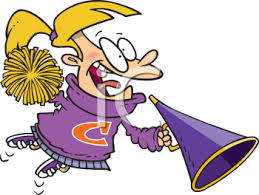 There's also been an increase of six followers on the "Followers" widget, and, I've learned, a whole bunch of  breviary afficianados who subscribe on reader and email. So I'm no so lonely as I'd thought. Thank you, Heather, Kris, Kevin, Michelle, Alex, Sarah E.,Mrs. Pinkerton, and everyone else who has recently signed up. Very encouraging.

Since many of my friends in the Catholic blogsophere get 10,000 views in a month, or even a week, they will clearly not feel threatened by this milestone of mine.  Coffee and Canticles caters to an elite niche, and I have that stats to prove it.

Nevertheless, it's exciting.  And it's an excuse to review what's happening  here and make some improvements for my recently increased audience. So, here's 2 new things.

1. In this era of Mission Statements there should have been an "About" tab on this blog from day one. Maybe the lack could be explained by my association of Mission Statements with tortuous meetings at my former place of employment, where we had to pretend to be interested in composing steaming piles of jargon and then memorizing them. I quit work two weeks after starting this blog. It took me that long to recover from mission statementitis. But now new visitors who land here on a day when I post strange movie stills or birthday cakes for lazy mommies can figure out what the blog is about on normal days by clicking on my "About" tab.

2. Starting this week I'll have a regular post that invites specific questions about the Divine Office and/or comments on any neat insights you've received while praying the Divine Office.  This has not been a heavily commented blog--it's not controversial enough--but maybe this feature will bring of you out of the woodwork. We'll see.