How about a new breviary translation, too? 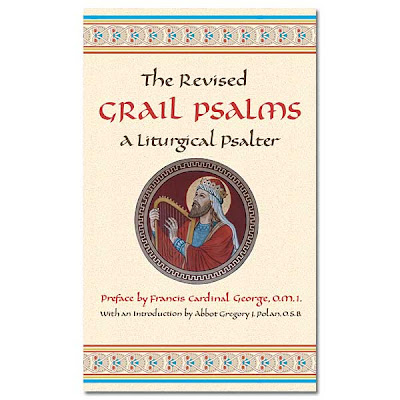 Our pastor,like many good pastors out there, is giving a series of instructional homilies on the new mass translations. Already delighted for months now to know I would be "getting back" the mass of  my early childhood*, I'm even happier to hear the  reasons for each  change explained in detail.

For example, in the creed, where we currently say "...he rose again from the dead, in fulfillment of the scriptures" we will instead say, "...in accordance with the scriptures." Why the change here? Why is "accordance"  better than "fulfillment"?  Because " fullfillment" refers only to Old Testament prophecies about Jesus. "In accordance" includes not only these, but also the statements in the New Testament--Jesus' predictions of His resurrection are not "prophecies" in the strict sense. A technical point, but to a Catholic geek, fascinating and highly satisfying.   Similarly, it will  be an act of faith  to "confess" rather than merely "acknowledge" the existence of one baptism for the forgiveness of sins. And to "look forward" to the resurrection of the dead conveys more hope and anticipation than to simply "look for".

All this makes me wonder if the powers that be (the Vox Clara committee? The Congregation for Divine Worship?) would next turn their attention to the Divine Office. I'm not Latin scholar, but since out current breviary translation was a product of the free 'n' easy, blowin' in the wind, dynamic equivalency 70s, it's a good guess that it could also stand for some improvement. A new translation of the psalter has in fact already been done, but I've heard of no plans so far to produce a new edition of the breviary. As to the other prayers--even a cursory glance at the Latin will show you that our breviary could use a new, more accurate translation. For example, the conclusion of daytime prayer (Let us praise the Lord/and give him thanks.), reads in  the Latin, "Let us Bless the Lord/ Thanks be to God".  Big difference. The current translation reads like a conversation: "We should praise God." "Yes,and while we're at it, give him thanks as well." But the literal translation of the  Latin is more of an invitation to action, and a response to that invitation.

I am guessing that our breviary is, like the so-to-be-defunct missal, riddled with these kinds of second rate translations. And while this does not make keep us from loving  and profiting spiritually from the Divine Office, it would still be so much better if our prayer of the hours could also be healed of these many small linguistic wounds.

Do you agree, or do you think I'm just being picky?


*which was basically a faithful vernacular translation of the Extraordinary form, with evolving changes in rubrics that constituted the  transitional mass that we had between 1966 and 1970. Since I was at the age then to notice and absorb what went on, this was the  mass I first  learned by heart, and thus, for me, the "mass immemorial".  I distinctly recall the start of the Novus Ordo in 1970, and how I --an eleven year old "old fogey" grumbled along with my parents about some of the linguistic infelicities that have now been made right again.  **


**with thanks to Steve Gershom for the idea of footnotes in a blog post.
Posted by Daria Sockey at 7:00 AM